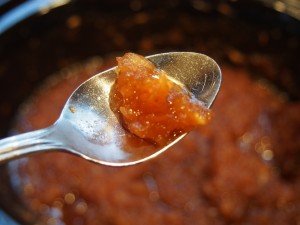 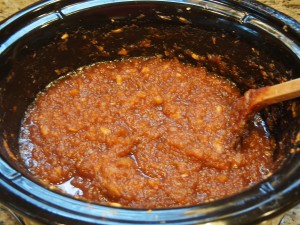 Print
Crock Pot Apple Butter
Author: Andrea
Prep time:  40 mins
Cook time:  12 hours
Total time:  12 hours 40 mins
Serves: 8 half pints
Because this cooks low and slow, this is a great recipe to start at night and finish the next morning. Your home will smell wonderful while you sleep.
Ingredients
Instructions
3.3.3077 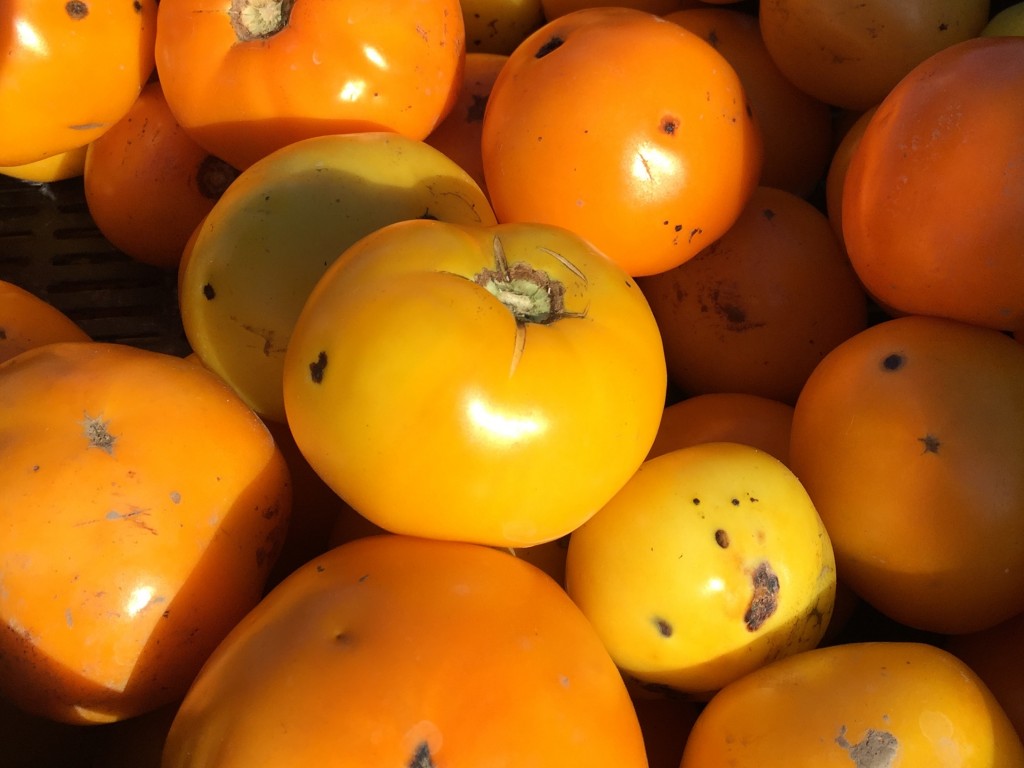 I find that people often give me a second look when I talk about tomato jam. Not many people have heard of it, but it is definitely a jam worth the effort. I think of it as a grown up jam – I don’t share it with the kids – it’s too good for them. They won’t fully appreciate it, so I save the strawberry and raspberries for them. I’ve had more than a few people ask for the recipe, so here you go!

When picking your tomatoes, I recommend you find a nice flavorful heirloom variety from the farmer’s market or your own garden. Don’t even bother with the watery tasteless store bought imitations from the grocery store. My absolute favorite tomatoes to use are yellow and orange varieties. I find them fun to work with and they typically have a less acidic, more mellow, sweeter flavor.

The time it takes for this recipe will vary greatly depending on several factors – your tomatoes’ water content, the size of your simmering pot, whether it’s a full moon. Get the idea? Allow lots of time for this one. I’ve let some batches simmer for four or more hours until they got nice and thick like I wanted. Whatever you do, don’t try to double this recipe. You will be simmering forever. Trust me on this.

As far as ideas for using this jam – once you taste it, you’ll come up with endless ideas on your own. But here are some starters. Try it on cream cheese or goat cheese with crackers. It is wonderful with scrambled eggs – like a fancy katsup. It also makes a great sandwich spread with ham or turkey.

This recipe for strawberry margarita jam is perfect for when you are bored of making strawberry jam, or when you simply need a change of pace from the ordinary. Give it a try, I don’t think you’ll be disappointed. 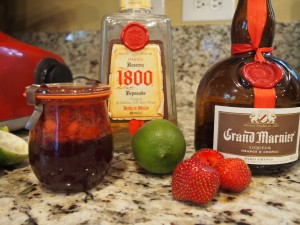 I always love to make special jams, but then I sometimes find my self wondering what to do with jam that doesn’t really belong on a peanut butter and jelly sandwich. What? No tequila on a PB&J? However, I am not opposed to having this on an English muffin for breakfast. Other ideas to use this jam as a topping for a lemon tart or bar, swirling into a cheesecake or as a cheesecake topping. I’m thinking a key lime cheesecake would be especially fun. Or using it as a filling with a little lemon curd in teeny tiny little tarts. If you have any other suggestions, please leave them in the comments.

When I’m making unique jams, I like to can them in cute little jars and then I plan to gift several of them at the holidays or as gifts throughout the year. You probably won’t want four or five jars of this in your pantry. Or, then again, maybe you will. It’s that good.

When I was making this batch, the tequila smelled a little strong, but it mellowed out nicely in the final product. Do not be afraid! I can only imagine that the flavor will only get better as the jam ages a couple of weeks. Make sure to sample your tequila as you are cooking, otherwise what’s the point of cooking with liquor? 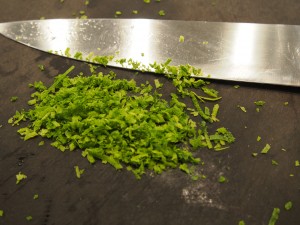 I chopped my lime zest into teeny tiny pieces so that it disappeared into the jam. You can barely tell it’s in the end product. That’s a good goal to aim for – no one wants tiny bits of lime zest in their teeth. Zest your limes (it took me three limes) before you juice them.

This recipe uses Ponoma Pectin to set the jam. This pectin allows me to use a lot less sugar than regular pectin and you don’t need to cook the strawberries for very long. If you haven’t used this type of pectin before, I recommend checking out their product. The low sugar and short cooking time allow the flavor of the strawberries and lime to shine through the final product. It really does taste like a strawberry margarita.